Cuyahoga Metropolitan Housing Authority’s (CMHA) Riverview Tower is a 15-story apartment complex for low-income seniors located on West 25th Street in Cleveland’s Ohio City neighborhood. The building’s 498-unit size and senior demographics mean that its elevators have seen quite a bit of use throughout the tower’s 53-year existence. As such, Twinsburg-based Gable Elevator Inc. recently was contracted to undertake a complete modernization of the CMHA tower’s six elevators and one material lift.

“The existing traction machines were original to the building installation, with a modernization done in the early 1970s,” notes Gable Elevator’s Vice President Phil Isaac. Gable completely stripped four passenger elevators — “the only things we left on those were the rails” — and installed all new equipment on the four traction cars. A fifth, hydraulic passenger elevator, mostly used by building staff, was completely rehabilitated with Gable “tearing out the jack, putting in a new jack, new controls, a new pumping unit and a brand-new cab,” according to Isaac. 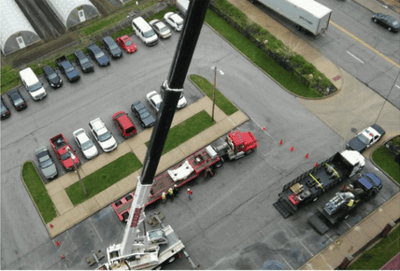 As a Gable Elevator customer you have easy access to corporate principals and owners. We are a local organization with the same strength, depth, and capacity to handle any project as the large international companies.

We create long-term value through our commitment to provide customers with products, services, and solutions that exceed their expectations for quality and value. Our company is made up of people who are responsive, knowledgeable, respectful and professional, maintaining the highest ethical standards on behalf of our customers.